I have noticed that with the recent releases of Mozilla Firefox and Google Chrome, the ability to launch VMware Client Integration Plugin was broken again. vSphere Web Client 6.0 constantly keeps showing a pop-up message as follows:

It happens because both browsers have removed support for the NPAPI plugins. So it drops some operations in the Web Client, such as deploying OVF or OVA templates and transferring files with the datastore browser.

The only workable solution for this issue I found is to use Firefox 52 Extended Support Release (32-bit version) which will support the NPAPI plugins until early 2018.

Alternatively, vCenter Server Appliance should be upgraded to the version 6.5 where “the VMware Enhanced Authentication Plug-in replaces the Client Integration Plug-in from vSphere 6.0 releases and earlier“, and the NPAPI support does not require.

21/06/2017 – Update 1: This message pops up also when the web-browser is configured to use a proxy server. Switching to ‘no proxy’ mode stops it from appearing.

3 thoughts on “vSphere 6.0 issue: the VMware Client Integration Plugin has updated its SSL certificate in Firefox” 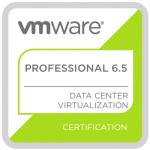